The Donna and Dunning Show has been the longest running show in the Villages, FL, HISTORY! For 15 years, they have performed to sold-out crowds at Katie Belle’s Music Hall, as well as venues around the globe, including Royal Caribbean and Norwegian Cruise Lines. Considered by audiences to be, “better than Vegas,” these two entertainers are not only accomplished vocalists but also known for their spot-on singing impressions, hilarious comedic styles, with loads of audience interaction. They are thrilled to bring their show to Mount Dora Plaza Live. 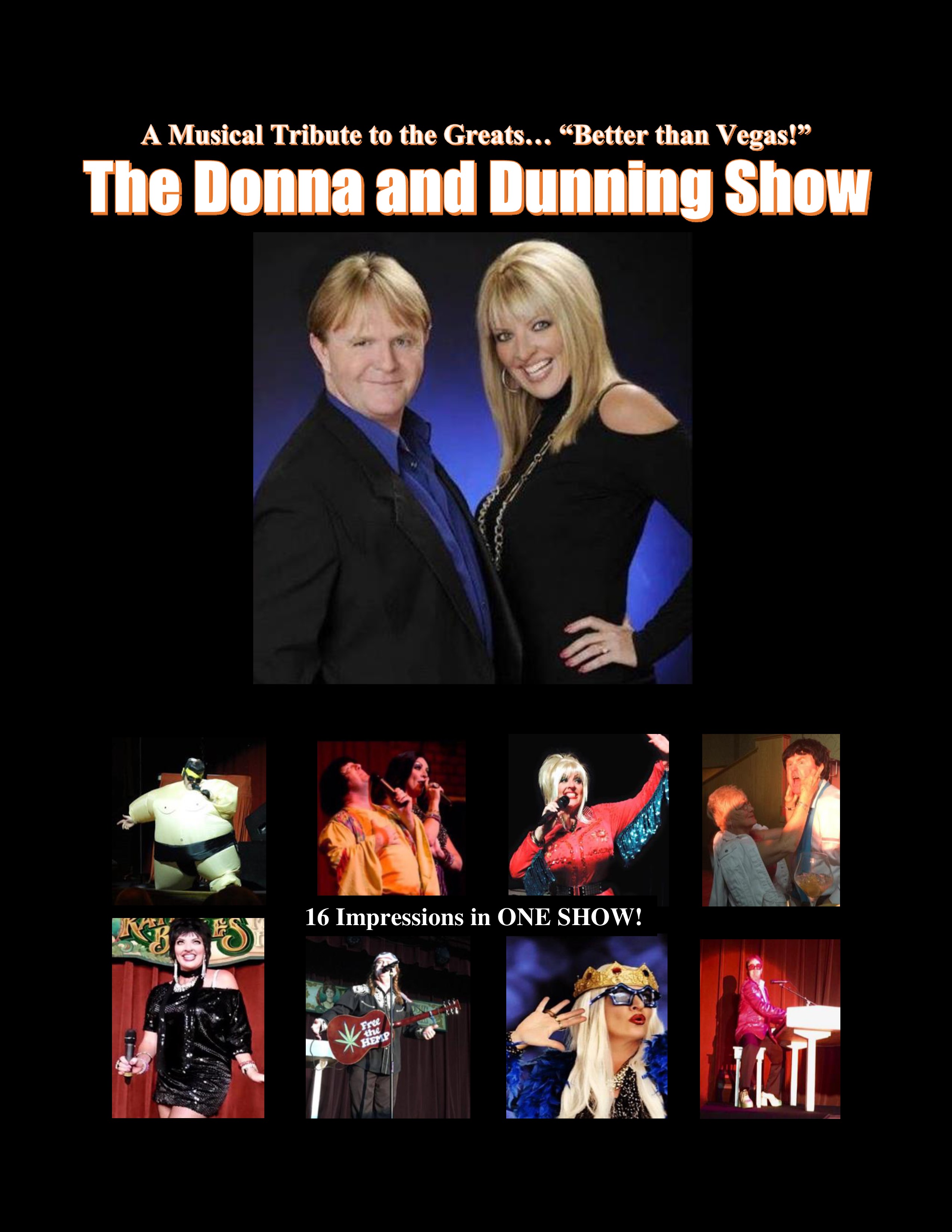